During his tenure as a prosecutor, John D. Newkirk was assigned to both the traffic unit and the drug unit.

As a member of the traffic unit, John D. Newkirk was responsible for prosecuting all types of traffic offenses, including DUI, Reckless Homicide, Driving Under Suspension, and Habitual Traffic Offender charges.

John D. Newkirk left the Thirteenth Circuit Solicitor’s Office in 2007 to pursue his dream of opening up his own law practice. The primary focus of his law practice is criminal defense law, divorce and family law, and personal injury law. John has handled hundreds of DUI cases, criminal cases, and Family Court cases throughout the Upstate of South Carolina.

John D. Newkirk lives in Greer, South Carolina, with his wife Sandy.  When not in the courtroom, John spends his time mountain biking, hiking, and fishing in the mountains of Upstate South Carolina and Western North Carolina.  Like John on Facebook at John D. Newkirk, Attorney at Law, LLC. 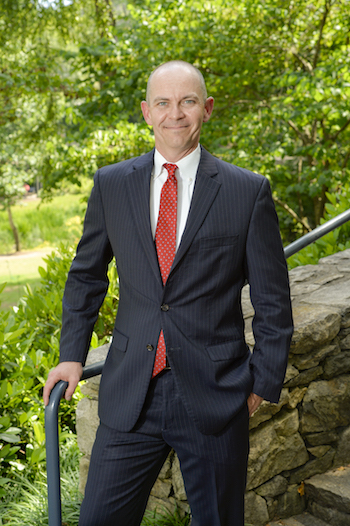 John D. Newkirk has over 20 years of experience practicing throughout the Upstate, including: Greenville, Spartanburg, Pickens, Laurens, Anderson, and Greenwood counties. To suit your needs, we offer appointments at both our Greer and Greenville locations.